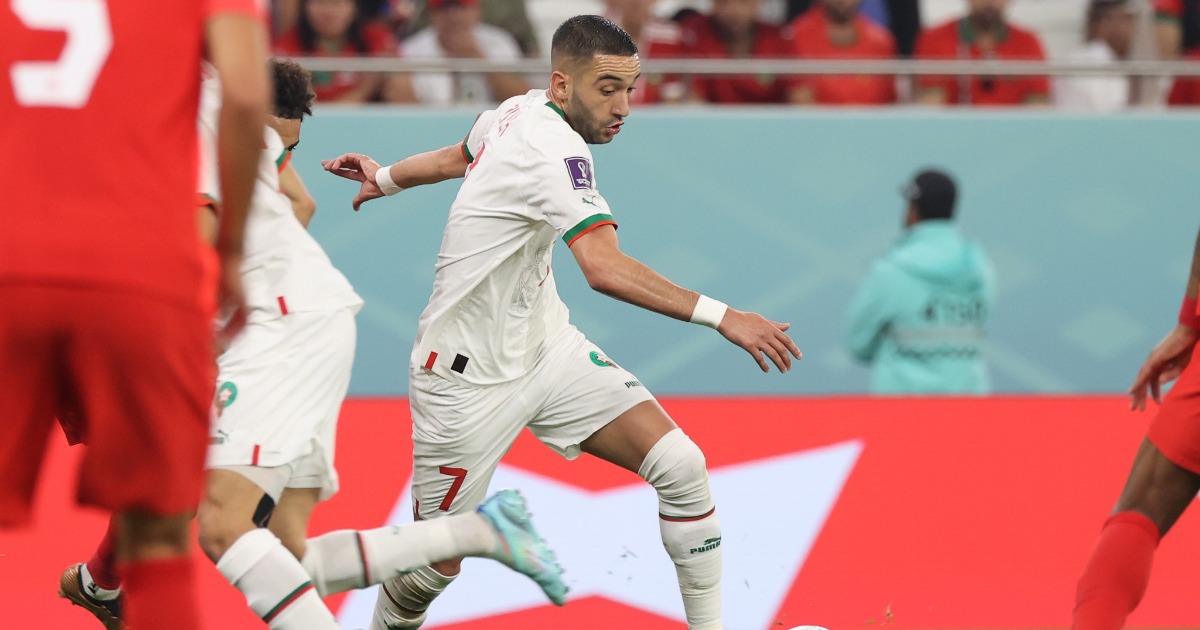 Winger Hakim Ziyech scored in less than four minutes as he took advantage of a blunder from Canada’s back line at the Al Thumama stadium on Thursday.

Youssef En-Nesyri doubled their lead in the 23rd minute on a great ball from Achraf Hakimi over Canada’s back-line, but John Herdman’s side pulled one back before half-time thanks to a Nayef Aguerd own goal.

As a result, it’s Morocco’s first last-16 appearance at a World Cup since 1986 alongside Croatia, who managed a hard-fought goalless draw with Belgium.

The Atlas Lions of Morocco deservingly through to the last 16 of the World Cup for the second time in their history after an early pair of goals from Hakim Ziyech and Youssef En-Nesyri brushed aside any suspense about their progress.

Mighty Belgium and Canada were the other two nations exiting the tournament after their final Group F matches.

Morocco will now play the runners-up in Group E – either Spain, Japan, Costa Rica, or Germany – with that group being concluded on Thursday evening.

What a feeling for Morocco 🇲🇦#FIFAWorldCup | #Qatar2022