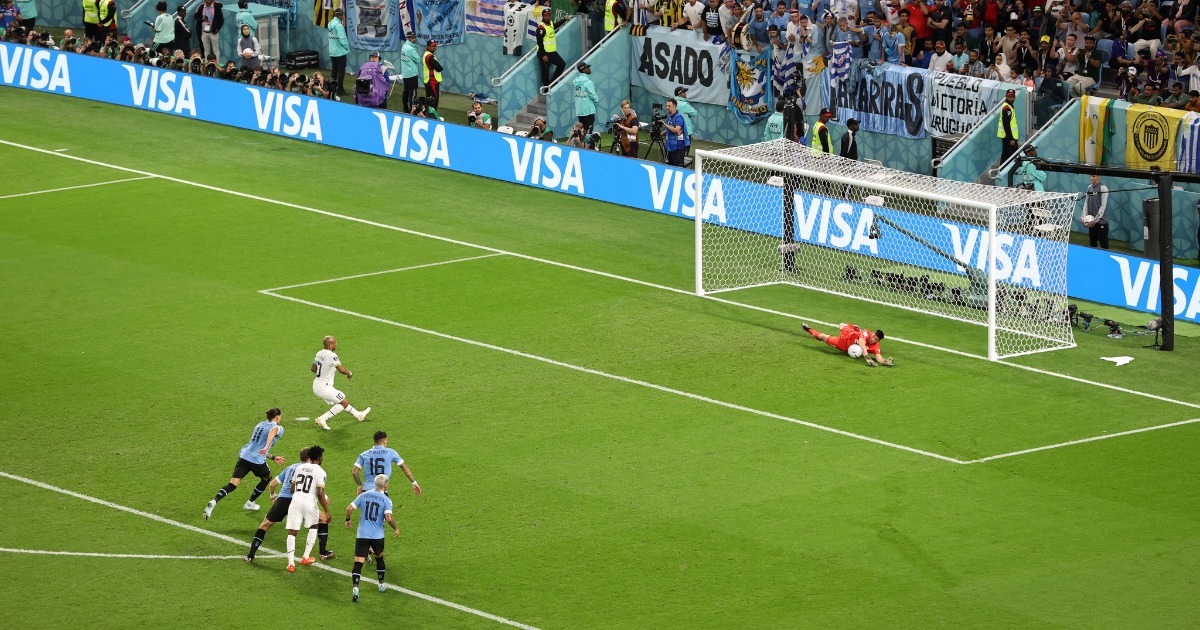 Ghana Black Stars are out of this year’s World Cup after a 2-0 defeat to Uruguay at the Al Janoub Stadium on Friday.

Thanks to a brace from Giorgian De Arrascaeta in quick succession in the first half, 35-year-old Luis Suarez has a hand in both goals.

Ghana should have taken the lead, but like Gyan in 2010, Andre Ayew again failed to convert and it proved extremely costly.

Uruguay star man Luis Suarez finished the match on the bench in tears as the news came in of South Korea’s last-gasp victory over Portugal, which meant the Asian side had moved above the Uruguayans into second place in Group H on goals scored.

Veteran striker Suarez had been at the centre of the pre-match build-up because of his infamous handball in the 2010 quarter-finals, which helped eliminate Ghana.

He was booed anytime he touches the ball by the Ghana fans. He was also leading the protests when Ghana was awarded a penalty in the 19th minute.

Ghana’s woes from the penalty spot in the World Cup are a trend. It became the first nation to ever miss multiple penalties against a single opponent and has now converted just three of six World Cup penalty kicks all time. Among teams with at least five attempted penalties in the tournament, only Poland (two goals on five attempts) has the worst conversion rate.

Despite the win, Uruguay exit the World Cup with Ghana. @adidasfootball | #FIFAWorldCup