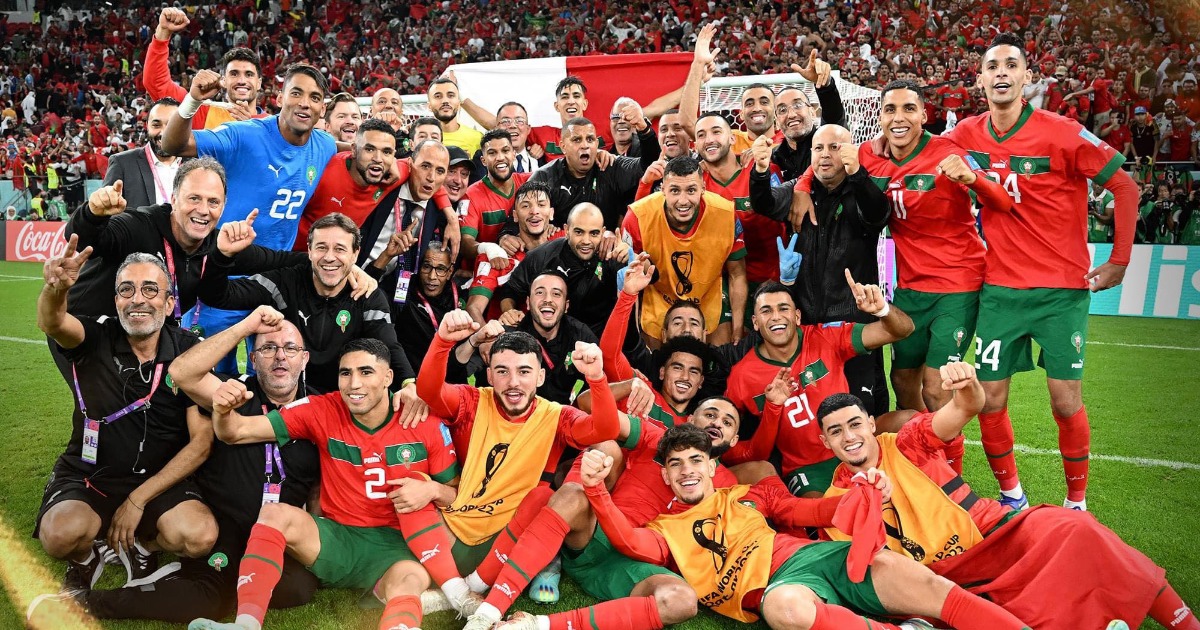 Morocco made history by becoming the first African nation to reach a World Cup semi-final after beating Portugal 1-0 at Al Thumama Stadium, Doha on Saturday.

The previous three African sides to reach a quarter-final were eliminated – Cameroon in 1990, Senegal in 2002 and Ghana in 2010.

It was a strong start for Morocco, scoring just before half-time when Youssef En-Nesyri beat the Portuguese keeper to a cross to head home.

Star striker Cristiano Ronaldo, who had started the game on the bench, was brought on early in the second half as Portugal searched for an equalise.

But despite coming under sustained pressure for large parts of the second half, the Atlas Lions held firm and had a chance in injury time to score a second.

Morocco forward Walid Cheddira was given two yellow cards in seconds, forcing his side to see the game to the final minutes with ten men.

Morocco will face France in the last four on Wednesday at the Al Bayt Stadium for a place in the final.