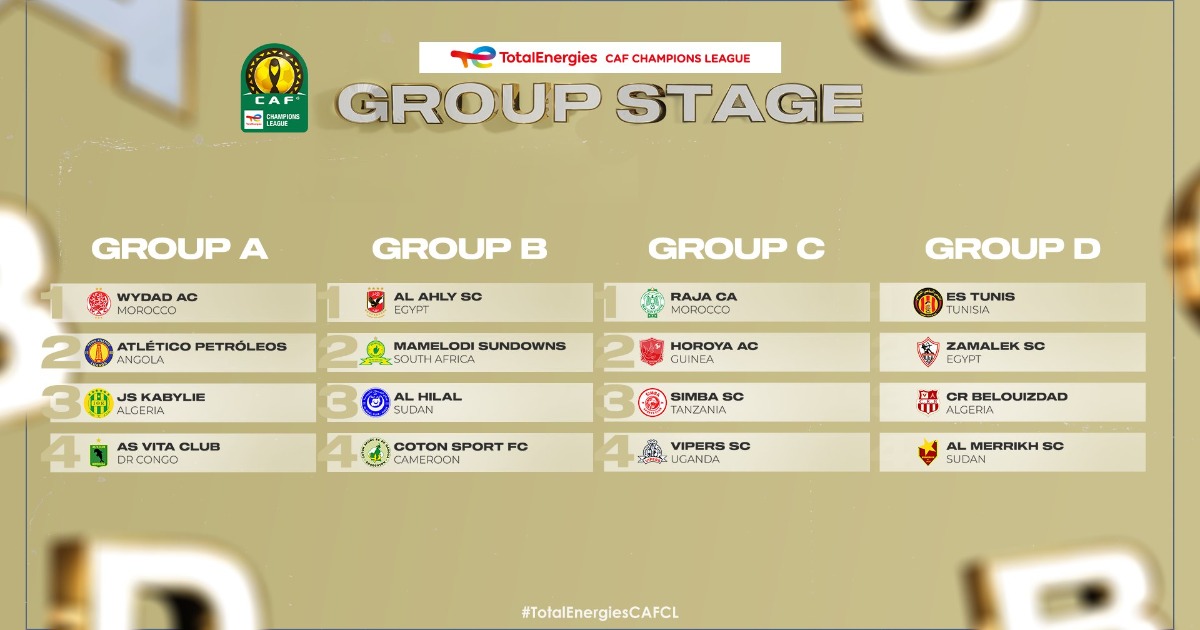 The group stage draw for the 2022-23 CAF Champions League was confirmed on Monday afternoon in Cairo as familiar foes reunited again.

Group B will see an almost familiar line up to last season with record champions Al Ahly, Mamelodi Sundowns and Sudan’s Al Hilal drawn together once again. They will be joined in the group by Cameroon’s Cotonsport.

During the competition last term, they were drawn in Group A where Sundowns finished the group unbeaten, hitting Ahly home and away.

Defending champions Wydad Athletic Club have been drawn in Group A and are also re-uniting with a side they face in the group stages last year, Petro de Luanda. They lost to the Angolan giants in Luanda, but had revenge with a massive 5-1 victory in the corresponding tie in Casablanca.

They will be joined in the group by Congolese side AS Vita Club and Algeria’s JS Kabylie, both of who are returning to the group phase after a long spell out.

Group C will meanwhile see an interesting East African battle with Simba SC of Tanzania drawn together with Ugandan debutants Vipers SC. They are joined in the group by Morocco’s Raja Club Athletic and Guinea’s Horoya.

Group D will meanwhile play host to some tantalizing North African derbies, with Tunisia’s Esperance, Egypt’s Zamalek and Algeria’s CR Belouizdad all drawn together. Joining them in the group is Sudan’s El Merrikh.

The group phase will kick off in February, just after the conclusion of the TotalEnergies African Nations Championship (CHAN) in Algeria in January.

The matches will be played according to the following schedule:

The matches will be played according to the following schedule: