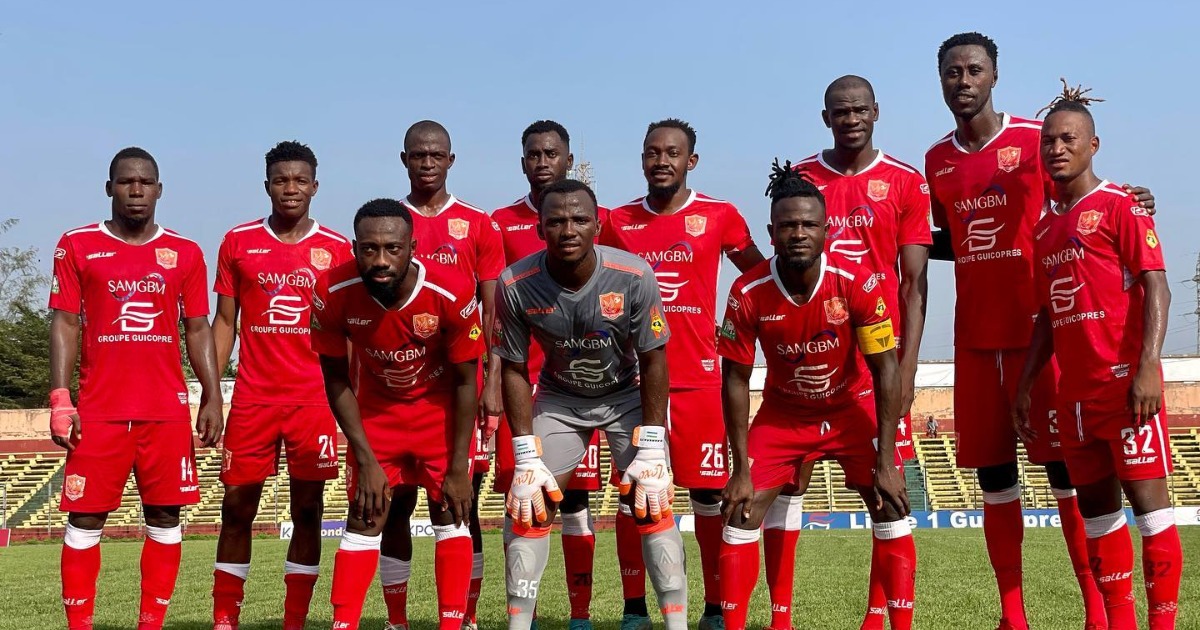 Kamara, who joined the club on a two-year deal in May 2022, has been patiently waiting to get his chance to showcase his talent in front of Horoya’s fans.

“As always, it is never easy for a coach to change a winning team, but I was pleased to have finally made my League debut for the club,” a delighted Kamara told FSL news.

“I was happy with my performance in front of the eager fans as they’ve been eagerly waiting to watch me play for their club.

I was pleased we won against a difficult side, and hopefully, I will continue to help the team to get more wins.”

Since joining the club, Kamara made his first two appearances for Horoya in the first edition of the West Africa Champions Cup played at the Yorokoguia sports complex in August.

Kamara, 23, was in the Horoya AC side that defeated Djoliba AC 2-1 in the opener of the West Africa Champion’s Cup back on August 21.

Sierra Leone International first-choice keeper Mohamed Kamara was delighted after his @HACofficiel Ligue 1 Pro debut in a 2-0 win over ASM Sangarédi on Sunday.