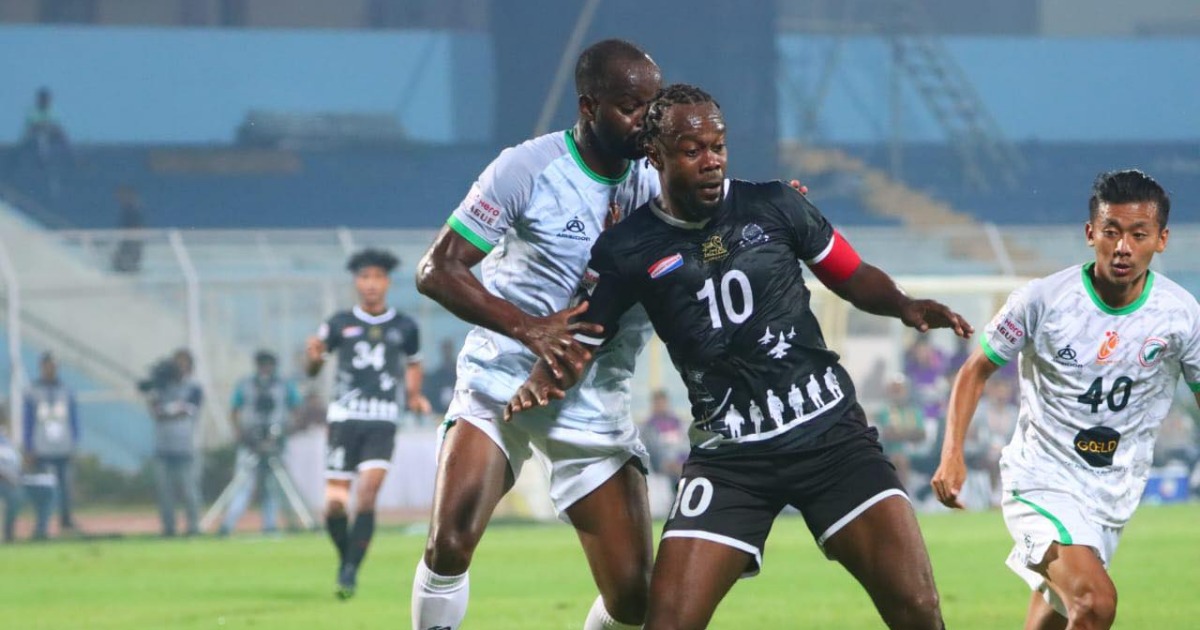 Former Mighty Blackpool defender David Simbo says the competitiveness in the India I League keeps him striving to produce his best football at Neroca.

Simbo was in the tick of action against former club Gokulam Kerala in their goalless draw at the Payyanad Stadium in Manjeri on Thursday.

The draw ended Gokulam Kerala winning run at home in their match day eight of the new campaign.

Simbo, 33, has been instrumental since joining Neroca. The former Al-Hilal and Krumkachy Minsk defender last season traded his football with Gokulam Kerala FC in the South Asia country.

“I am delighted and grateful – to be playing regular football weekly here in India I League. I was named captain by the technical team for a reason,” he told FSL News.

“If you are following the league, you will know how seriously the authorities are working to develop football here. People talk negatively about the India League, but I couldn’t have wished for a better setting.

The competitiveness has been a real test for me. As a footballer, It’s always pleasing to be involved where you are valued. I am enjoying it here, no doubt,” Simbo reaffirmed.

The Sierra Leone international missed out on the African Cup of Nations due to not having a club but was part of the side that played goalless to Lesotho in March 2021 during the qualification campaign at  Setsoto Stadium Maseru.

He started his playing career with boyhood club Mighty Blackpool in 2007 before departing to join Norwegian side Raufoss in 2009.