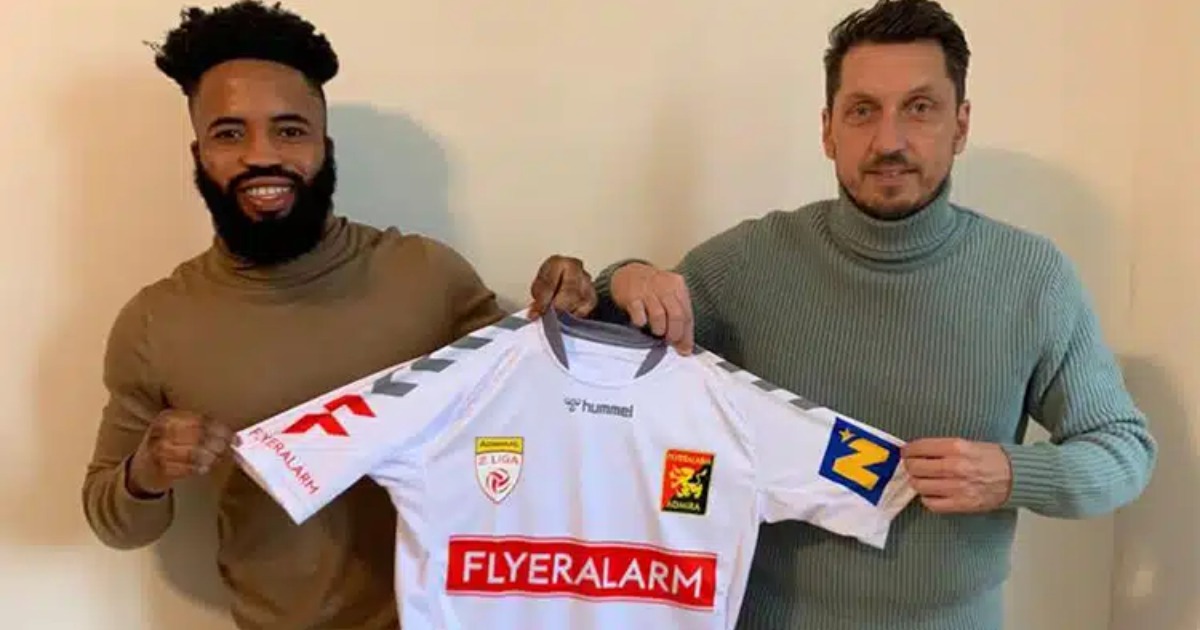 Austrian Liga 2 side Flyeralarm have confirmed the signing of Sierra Leone International midfielder George Davies until the summer of 2024.

“The 26-year-old midfielder from Sierra Leone, who last worked at SKN St. Pölten, has been given a contract until the summer of 2024, the club announced on Monday.

George has always been a consideration for us in past transfer windows. He has tremendous speed, is strong in one-on-ones and can be used on both the right and left flank. After consulting coach Rolf Landerl, it was also one of his wishes that we sign him,” explains sports director Marcel Ketelaer.

Davies has already played 58 Bundesliga and 44 second-division games in Austria.

The club were promoted to the Austrian Bundesliga for the 2011–12 season after gaining promotion at the end of the 2010–11 First League season and finished 3rd in their first season.

They faced relegation from the Austrian Austrian Bundesliga in the 2021 -2022 seasons.