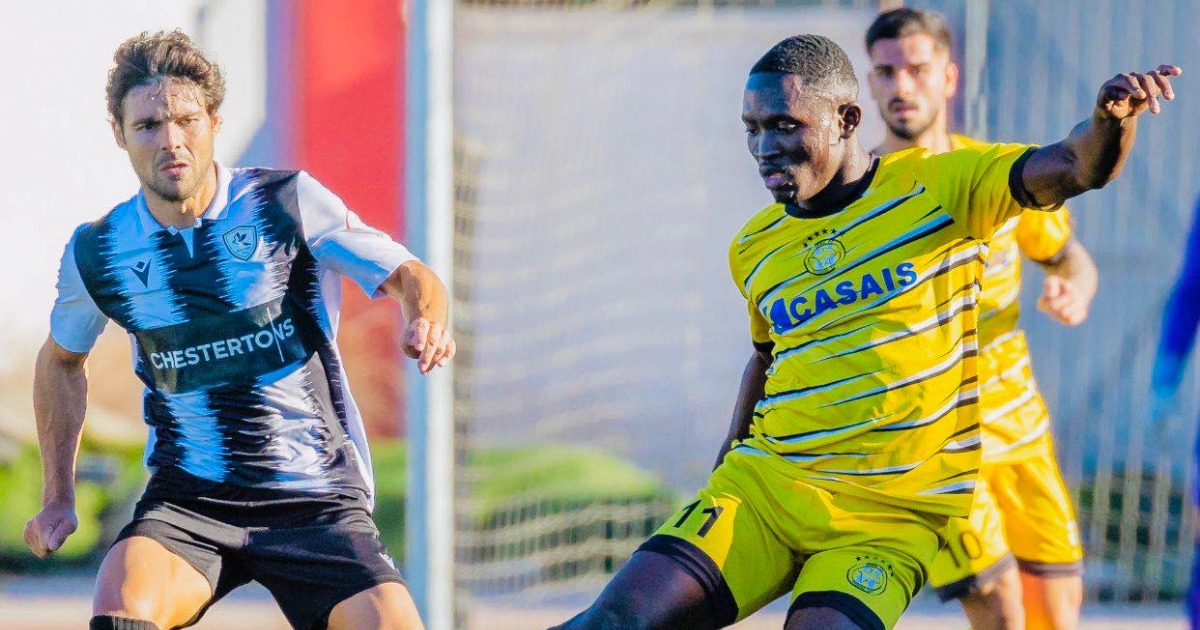 Sierra Leone-born winger Tejan Brima is buzzing ahead of the Gibraltar Football League second round after making ten appearances for his new club.

Brima, 23, who signed for the club in July, has been a great addition as they prepare for the remainder of the season in the Championship Group.

He has started in eight league games, two from the bench, a goal and two assists in all competitions.

After the top tier first round of matches was completed, Brima admitted his excitement to do his best for his new side.

“I am excited ahead of the second round of the Gibraltar championship campaign. I am pleased with my all-around performance since I arrived, Brima told Football Sierra Leone.

“I’m relishing the rest of the season’s challenge – I’ll be doing everything I can to help my team get enough points we need to move up the table.”

He added, “It’s great to be actively playing week in and week out – every footballer’s dream.”

“In Sierra Leone, I was playing with Linda Football Club before I moved to Uganda for a year, where I was studying and playing for the School team, Vienna college.

I later moved to the UK to study, and I was on trial with Steven Gerard academy for two years. I won the Dallas Cup with the academy, U19 Youth National League, Everton Cup, and Liverpool County FA Cup.

“I did some trials around the UK with Mansfield Town, Nottingham Forest and Notts County, unfortunately, did not get in because of documents issues and later went back to finish my study in Liverpool.

In 2017 moved to Spain and started playing in the third division with UD San Pedro for two years. In 2019, I signed for San Roque de Lepe but had a bad season. So, I came back to San Pedro.

This season, I signed with Lynx Football club.”

The first round of matches are now complete, and we will contest the remainder of the season in the Championship Group #LynxFC #Gibraltar #GibraltarNationalLeague pic.twitter.com/B8T6DKxJii