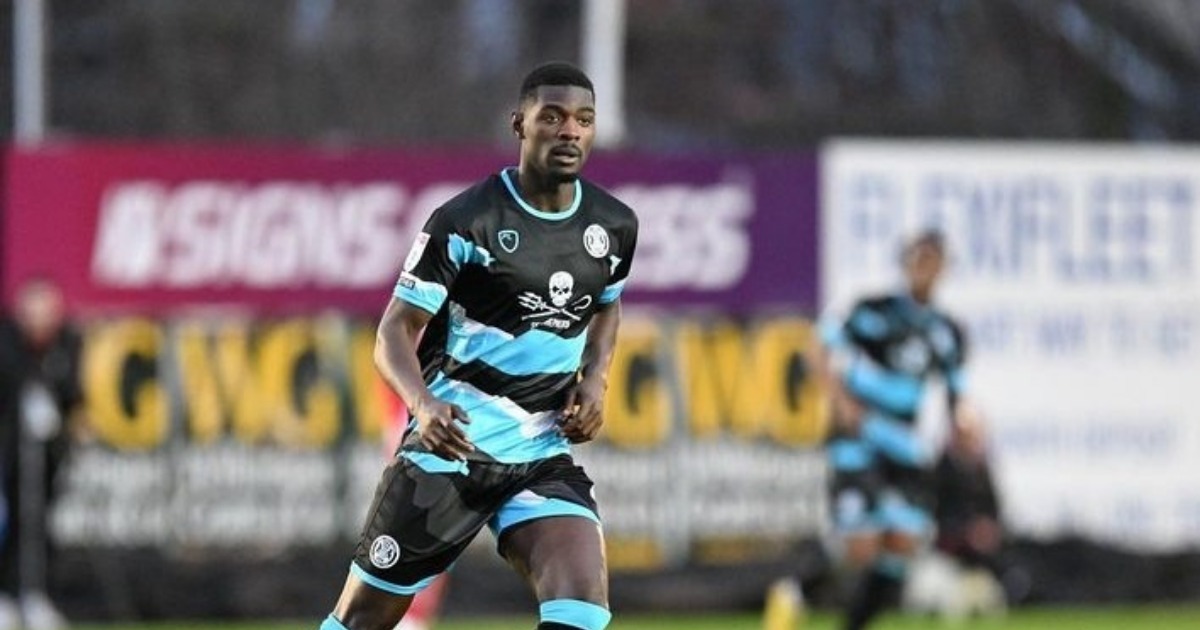 The Sierra Leone striker Amadou Bakayoko was pleased after making his Forest Green Rovers debut in their 1-1 draw at Exeter City on Saturday.

Bakayoko, who joined the League One side Forest Green Rovers for an undisclosed fee from Bolton Wanderers, was subbed on in the 64th minute to replace Jordan Garrick, who scored the visitors’ opener in the 54th minute.

Debutant Jordon Garrick tucked in at the back post from Robson’s low cross.

Jevani Brown came off the bench to rescue a point for Exeter at home against League One bottom club Forest Green Rovers.

Bakayoko, 27, after the match, posted a satisfactory comment on his Instagram, “Thank you for the warm welcome. A good point on the road -let’s go get some more.”

Last season, he scored 17 goals in 67 appearances for the Whites after joining from Coventry City.

He finished last season as the club’s second-top scorer behind Dapo Afolayan, finding the net 13 times in total.

Forest Green’s next outing is against Birmingham City in the third round of the English FA Cup. The Sierra Leone International will be hoping to make his mark with his new club.