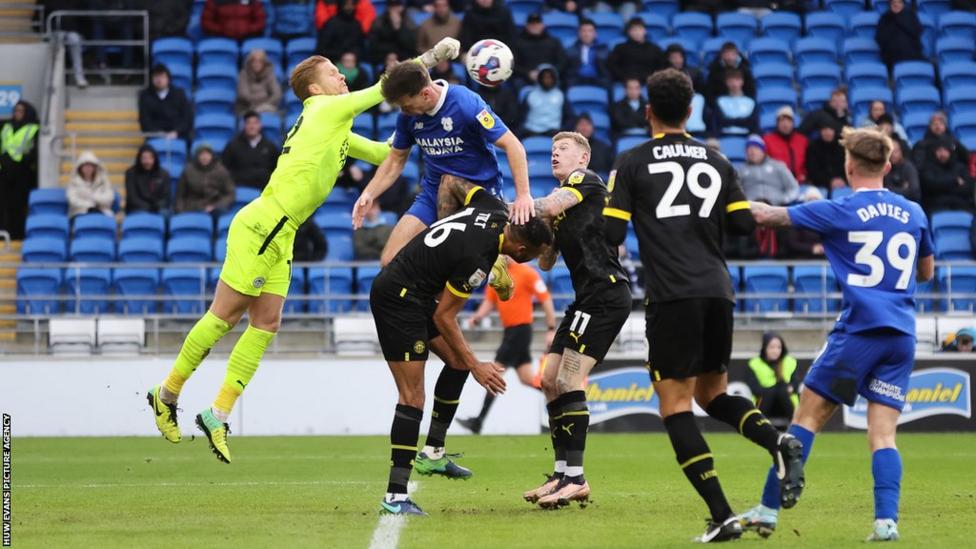 Sierra Leone International defender Steven Caulker made his Wigan debut in their 1-1 against former club Cardiff at the City Stadium on Saturday.

The 31-year-old, who played the full throttle of the match, was signed by boss Kolo Touré until the end of the 2022/23 Championship campaign.

And the manager was pleased with the Leone Stars skipper addition to his squad after named Caulker in his starting eleven against Cardiff City.

Wigan Athletic boss Kolo Toure said: “I am pleased with the point. We are trying to build a team with a winning mentality.

“Bringing in players like Steven Caulker has helped us a lot, you can see that. We are working on more new signings, but the squad are doing well, we saw a solid performance, and the boys are together.”

Will Keane’s scored a dramatic late equaliser to rescue a point for Wigan at Cardiff City as they secured a 1-1 draw in south Wales.

The Bluebirds went ahead with nine minutes remaining as Callum O’Dowda fired through a crowded penalty area.

However, Wigan rescued a vital point when Keane finished from close range to earn the Latics a deserved point.

The draw means Cardiff are now winless in nine games and Wigan remains bottom of the English Championship as they try to battle their way out of the relegation tussle.