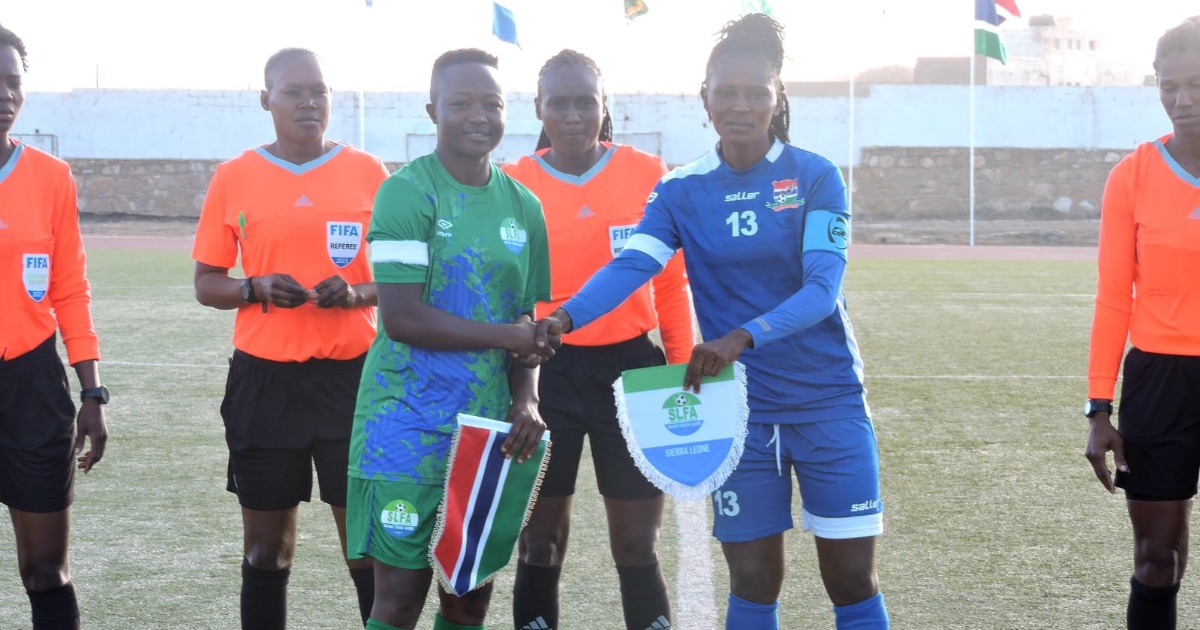 Sierra Leone’s Sierra Queens suffered a heavy 4-1 defeat to the Gambians in their WAFU Zone A opener at the Estadio Municipal Marcelo Leito Sal, Cape Verde. in Cape Verde.

Four goals by the Queen Scorpions Catherine Jatta placed the Gambia second in Group B Senegal top of the table following their 4-0 win against Guinea.

Sierra Leone got a consolation goal through Matilda Kabba of Kahunla Queens.

Their heavy hammering of Sierra Leone means Gambia joins Senegal at the top of the group with 3 points each.

Sierra Queens are to resume training on Sunday evening at the Estadio Municipal Marcelo Leito as they prepare to take on Guinea in their second group stage match on Monday, 23rd January.