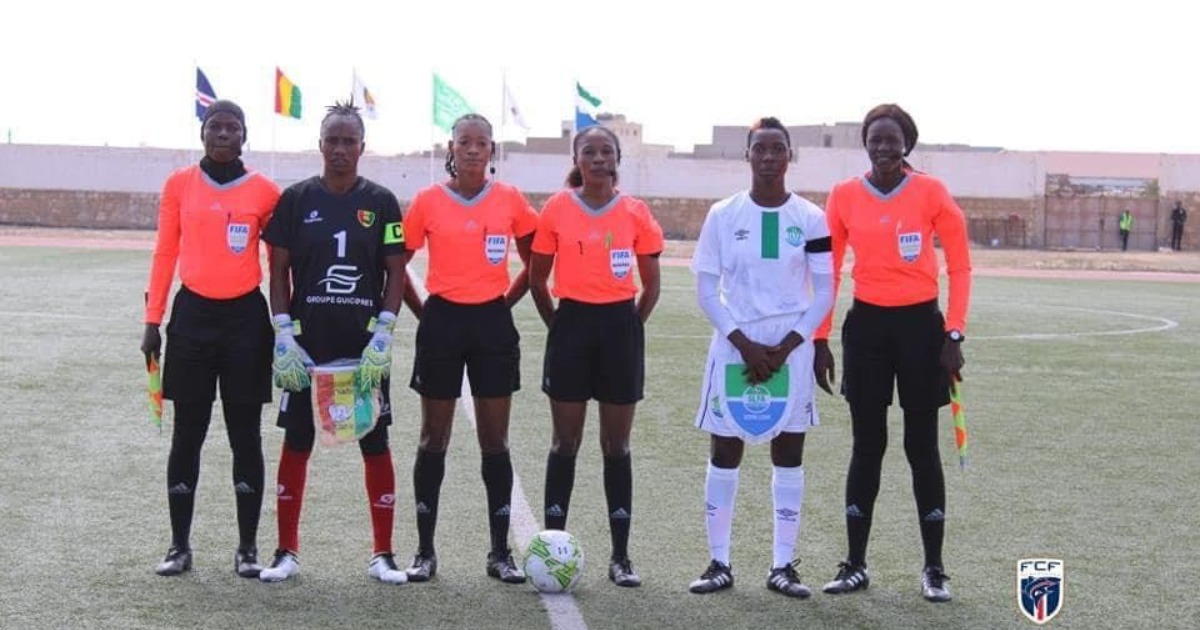 Coach Ernest Hallowell’s side came into matchday two of the competition fully aware that they must avoid defeat if they were to have any chance of progressing to the next stage.

However, it was a much-improved performance compared to the 4-1 thrashing to the Gambia on the opening day.

The Guineans capitalised on a Sierra Leone defensive blunder late on in the 85 minutes to win the tie.

Sierra Queens, who wasted a couple of good chances, will face Senegal, who defeated Guinea 4-0 in their opener in their final group B contest on Wednesday.

In the other Group B tie on Monday, the Senegalese prove too strong for the Gambia after hammering their opponent 4-1 and all four goals coming from Habsatou Malado Diallo.

As a result, they booked their place in the semi-finals after scoring eight goals in their opening two matches.

Cathrine Jatta, author of the only Gambian goal, could not do better.

And the winner between Guinea and Gambia will join Senegal for the rest of the tournament.

Sierra Leone looks to be heading home after conceding five goals without a point.