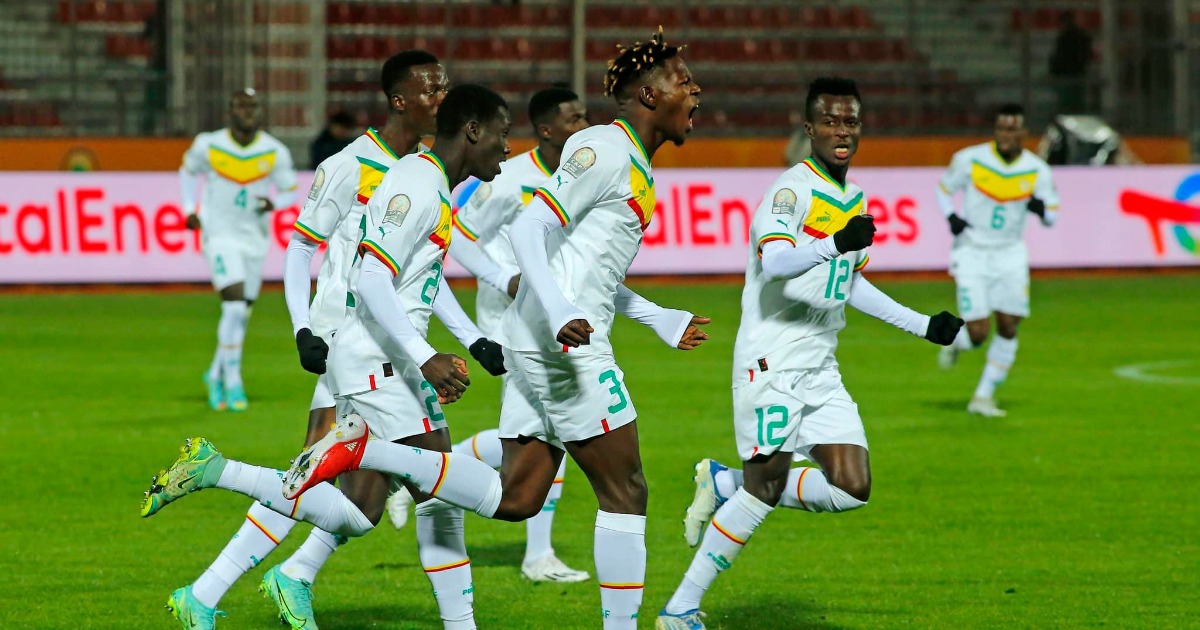 Senegalese coach Pape Thiaw, who was speaking after guiding his side to the quarter-final of the 2022 TotalEnergies African Nations Championship (CHAN) ongoing in Algeria, says they wanted to remain in the competition and were pleased.

Senegal proved too strong for DR Congo as they eased past their counterpart with an emphatic 3-0 victory to top Group B on Sunday.

The Teranga Lions thrashed the two-time winners at the 19 May 1956 Stadium in Annaba to secure their place in the knock-out stage of the ongoing tournament in Algeria.

“We’re all pleased to remain in the competition and play in the quarter-final. We finished first from a group of death. Like I said from the beginning – we came here to make a statement. Youth prevailed over experience today,” Pape Thiaw said during his post-match conference.

Goals from Ousmane Diouf, Pape Diallo and an own goal from Siadi Baggio completed the job for Senegal.

“We were faster than DR Congo tonight. That really helped us. When they went down to ten, we did our best to make the most of the numerical advantage.

Thiaw’s side will be in the spotlight again on Friday, January 27, when they play in the quarterfinal for the first time in 12 years against the team that tops Group D.

Hosts Algeria, Mozambique, Ivory Coast and Senegal have all booked their places in the quarterfinals.